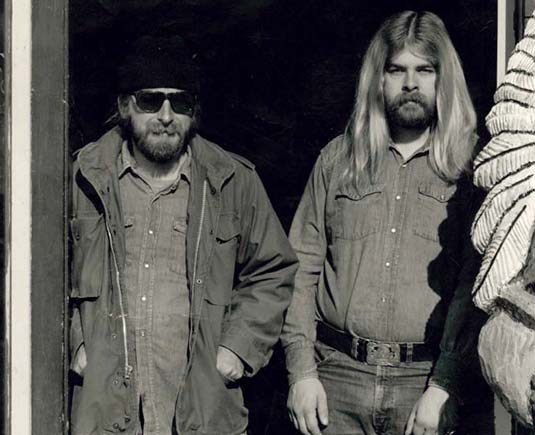 Nasty Jack’s Antiques was established in 1972 by “Nasty” Jack Wilkins and his partner “Diamond” Jim Reynolds. Described by many as two colorful characters, they pursued their dream to operate an antique store.

Through their entrepreneurial savvy, Nasty Jack’s grew into one of the biggest and most successful antique establishments on the coast of Western Washington. Eventually, “Diamond” Jim left the business to pursue other interests, and “Nasty” Jack continued to run the business for over twenty years, establishing himself as an icon in the antique world. Throughout the years, “Nasty” Jack was the subject of many television interviews and newspaper articles.

Sadly, in 1994, “Nasty” Jack suffered a heart attack and passed away, leaving the business he built and loved so much to his daughter, Marlo, and his son-in-law, Gary Frank, who run the family business today. At 12,000 square feet, Nasty Jack’s remains one of the largest antique stores in the region.

The Brunswick Hotel and Fair Store was built in 1891. The building has had many lives including being a department store, then a furniture repair shop and undertaking parlor, a carpenter shop, a grocery store, a meeting room for school classes, and currently an antique shop.

Architecture – originally 3 stories with a mansard roof though the top story was removed. The store retains full length front windows and the top of the front façade terminates in a decorative semi-arched cornice relieving the rectangularity of the building. 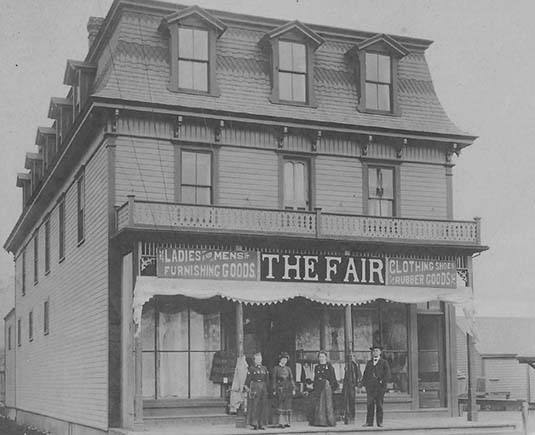 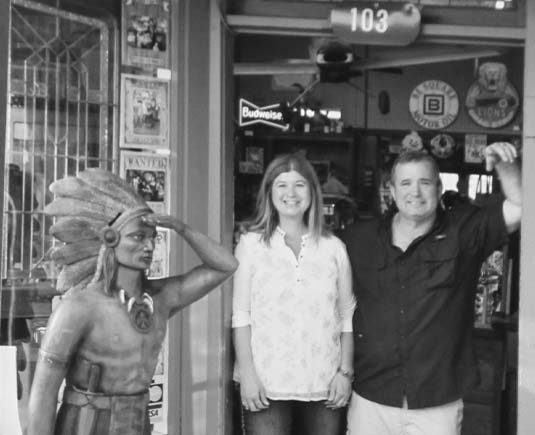 Gary and Marlo are both Skagit County born and raised. Gary graduated from Sedro Woolley High School and Marlo from Burlington-Edison. They learned hard work at a young age picking strawberries and working in the spinach fields. They have been running Nasty Jack’s for over 26 years and have just recently celebrated their 30th wedding anniversary. They have three amazing grown children and a cute and spunky french bulldog Gracie. They are proud of their achievements of running the second generation family business. They started with not much experience and a newly born infant daughter. They have won numerous awards for Best Antique Store County and Statewide. They have come in 1st place twice in Evening magazines Northwest Best Escapes and we’re featured on the show.

The business has allowed them many fun adventures hand picking antiques in England and the Midwest. They have made priceless contacts throughout the years which enable them to get quality and unique pieces for the store. Marlo attends several trade shows each year to seek out fun, nostalgic gift items to add to their inventory.

The business suits them well! Gary has been a history buff from a young age and Marlo has a great eye for decorating. They make a great team!

In their spare time, they enjoy traveling, boating and spending time with their family in Bayview.

Nasty Jacks is located at 103 Morris Street in La Conner, Washington.  You can find us on the National Registry of Historic Places.  The front of our store has ride on toys and activities many families and groups love to make a part of their trip to La Conner, WA.  Come explore our 12,000 sq ft building is a few steps from the channel, ice cream, restaurants and shopping. 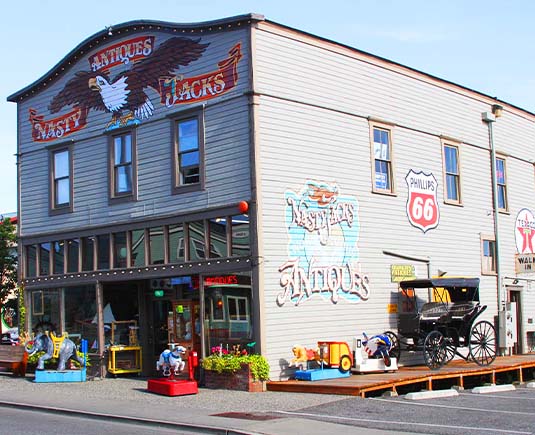